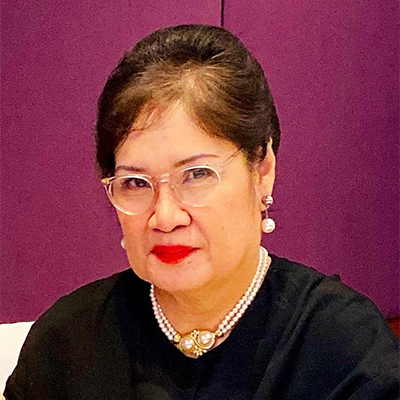 I would have thought that being an environmental specialist, educator, and writer who have worked for 40 years with the last 15 years in climate change issues, it should be no sweat to be a climate change coach. Turned out the pursuit to be one is an ongoing journey where I have to unlearn and relearn many things.

Mountains, oceans, rivers, and trees are our daily views in Indonesia, an archipelagic country with more than 17,000 islands, 400 active volcanoes and 252 million people. Over the years we see, we feel, and eventually we understand that our environment is changing.

Climate change in the country leads to coastal ecosystem destruction, decrease in water availability, changes in crop productivity and fish catches, and the loss of biodiversity. Climate change also has an impact on health, mortality, food security, migration patterns, the natural ecosystem and economic prosperity, both at the local and national level.

Data from the National Disaster Mitigation Agency show that Indonesia experienced a rising number of hydro-meteorological disasters, flood, drought, and storms, from 2015 to 2020. The agency recorded 1,664 disasters in 2015 that increased to 3,023 in 2020.

Since 2009, I have been managing The Climate Reality Project Indonesia, part of a global non-profit organization founded in 2006 by former US Vice President and Nobel Laureate, Al Gore, with a mission to catalyze a global solution to the climate crisis by making urgent action a necessity across every sector of society.

Currently there are more than 33,000 volunteer climate reality leaders from all walks of life, in 170 countries, with an age range of 12 – 87. They have been trained by Al Gore and a team of scientists, communicators, and activists, and are committed to Acts of Leadership –  actions to make a difference in the fight against the climate crisis.

Although I knew there are coaches in the business world, I never connect the profession with efforts to address the climate crisis, and have no idea that there are those who are active as climate conscious coaches.

Initially, I was interested to learn about Life Coaching, so I enrolled in a coaching certification program run by Coaching Indonesia, a company specializing in fostering human capital through a targeted and measurable coaching approach. It covers online training, pair coaching practice with observation and feedback, and self-study. This was a 6-day program, approved by the International Coaching Federation (ICF) that defines coaching as partnering with clients in a thought-provoking and creative process that inspires them to maximize their personal and professional potential.

Upon receiving the Certified Professional Coach document, I was curious to know whether there are coaches who deal with environment, sustainability, and climate change issues. Surprisingly there were quite many information emerging from my desktop research. climate change coaches was the first that emerged, offering a course for coaches who want to do something about the climate crisis, and want to learn how to apply coaching skills to creating climate actions. Charly Cox, the founder of climate change coaches, promptly responded to my inquiries whether the course is the right training for me as I have climate outreach background, do not yet have extensive experience in coaching, but would like to have skills in climate coaching to explore what opportunities are available out there.

As it may help others who have a similar question, I quoted parts of Charly’s response:

“We help coaches to use coaching skills in the same way that they would with any other topic, however we have developed methods for coaching existential threat at the same time as the lack of personal agency that people might feel in normal change processes.

Your challenge might be to put down your knowledge and ‘get over there’ with the coachee.  The course can help you practice that as each session has practice time for coaches to coach each other, and demonstrations by us.  I would expect that if you embrace the coaching nature of the course, you would be able to immediately use these skills to influence better in your work.”

I immediately signed up for the 12-week course that qualifies for 12 ICF Continuing Coaching Education Units. At first I have no idea what to expect, fortunately the class received an extensive workbook that contains  all the teaching resources and additional information to read, watch and listen to between sessions.

Over the next 12 weeks I put the pieces together, encompassing the class outline of goal setting in a changing climate, contracting and micro-contracting, bringing purpose to life, mindset shifting: scarcity & overwhelm, being with powerful emotions: anger & grief, identifying self-care and self-triggers.

On the first week of class, a number of coaches all over the world were focusing on Climate Coaching Action Day, on March 4th, a global initiative, launched but not owned by Coaching at Work magazine to promote & inspire climate crisis coaching.

The Climate Coaching Alliance run a 24-Hour Climate Coaching Conversation, beginning with a dialogue between Tom Rivett-Carnac and his coach, Jo Confino. They explored how leaders can increase their agency, and recognize that climate change is an ‘everyone everywhere’ opportunity to build a new world that we can only create together.

This conversation convinced me more that being a climate coach is worth pursuing. Tom is a thought leader in the climate activists’ circle. He is the chief political strategist for the landmark Paris Agreement serving alongside Christiana Figueres, the then executive secretary of the United Nations Framework Convention on Climate Change. They co-authored a best-selling book, “The Future We Choose,” an empowering guide that sets out how each of us can play our part in tackling the climate crisis.

If a high-level climate person such as Tom Rivett-Carnac has a coach, this means that climate coaching should be common practice in related entities, either government offices, universities, corporations, civil societies, and interest groups.

My knowledge improved after listening to a session by the climate change coaches team on how to niche a coaching business in service of the planet. They shared insights and ideas about green career transition, connecting to nature, eating for the planet, climate entrepreneurship, and developing leaders in sustainability.

Riding on the momentum, as part of the 24-Hour conversation, I organized the Climate Coaching Workshop, collaboration between Coaching Indonesia, Climate Coaching Alliance, and Climate Reality Indonesia.  Climate coaching is not yet known in Indonesia, but the 100 partakers, ranging from climate and environmental activists to coaches with different specialties, showed that there is an interest in the topic. This should be more so, since 11 leading coaching, coaching psychology, mentoring and supervision professional bodies have signed a Joint Global Statement on Climate Change committing to a collective voice and collaborative action on the climate and ecological crisis.

As I went through the climate-coaching course, there are several topics that made me contemplate whether I am doing things right in my efforts of increasing climate awareness in society.

One topic that struck me most is the two dimensions of climate action, about Being (dissonance to resonance) and Doing (inactive to active) and that the ideal quadrant involves actions with resonance.

In a country where one of its cultural principles is equanimity, and patience is virtue in all cases, I have yet to find a way to be opened to my own and my clients’ acceptance of emotions such as anger and grief due the climate crisis.

A practice that I almost never do in my day-to-day life but found useful is presencing before each class. Such practice places me in a learning mode, and connecting me to the Earth, our only home, the reason I am doing all my works. Presencing is one of ICF’s core competencies, the ability to be fully conscious and create spontaneous relationship with the client, employing a style that is open, flexible, and confident.

In so many years that I have been concentrating on climate issues, only through this 12-week course that I realized self-care is as important and maybe more so compared to the technical stuff.

Am I now ready to be a climate coach? After finishing the course I have had enlightening sessions with clients in the corporate world as well as in environmental organizations. As a climate reality leader who are used to sharing information on the climate crisis to tens of thousands of audience, in Indonesia and abroad, my biggest challenge is staying on the coachees’ agenda, and not telling them what to do in terms of climate actions.

I have to keep abreast of the climate coaching landscape, by reading more, communicating with and learning from entities such as the climate change coaches, perhaps taking more course, definitely earning an International Coaching Federation credential, and ultimately achieving the goal of paid coaching for decision makers and corporate clients.

Amanda Katili Niode is a certified professional coach with a PhD from the School of Environment and Sustainability, University of Michigan Ann Arbor, USA. She previously held a position as the Head of the Expert Team at the Office of the President’s Special Envoy for Climate Change in Indonesia and a Special Assistant to the Indonesian Minister of Environment. She has been a member of the Indonesian Delegation to Conference of Parties of the United Nations Framework Convention on Climate Change for the last 15 years. Amanda is a Climate Reality Leader, trained by Al Gore and The Climate Reality Project. She is a certified Food & Climate Shaper from the Food & Agricultural Organization and the Future Food Institute. Amanda has authored and edited a number of books, and is a weekly columnist at an online media, covering environment and climate issues. She is a mother of 3 who loves to travel.

We use cookies on our website to give you the most relevant experience by remembering your preferences and repeat visits. By clicking “Accept All”, you consent to the use of ALL the cookies. However, you may visit "Cookie Settings" to provide a controlled consent.
Cookie SettingsAccept All
Manage consent

This website uses cookies to improve your experience while you navigate through the website. Out of these, the cookies that are categorized as necessary are stored on your browser as they are essential for the working of basic functionalities of the website. We also use third-party cookies that help us analyze and understand how you use this website. These cookies will be stored in your browser only with your consent. You also have the option to opt-out of these cookies. But opting out of some of these cookies may affect your browsing experience.
Necessary Always Enabled
Necessary cookies are absolutely essential for the website to function properly. These cookies ensure basic functionalities and security features of the website, anonymously.
Functional
Functional cookies help to perform certain functionalities like sharing the content of the website on social media platforms, collect feedbacks, and other third-party features.
Performance
Performance cookies are used to understand and analyze the key performance indexes of the website which helps in delivering a better user experience for the visitors.
Analytics
Analytical cookies are used to understand how visitors interact with the website. These cookies help provide information on metrics the number of visitors, bounce rate, traffic source, etc.
Advertisement
Advertisement cookies are used to provide visitors with relevant ads and marketing campaigns. These cookies track visitors across websites and collect information to provide customized ads.
Others
Other uncategorized cookies are those that are being analyzed and have not been classified into a category as yet.
SAVE & ACCEPT